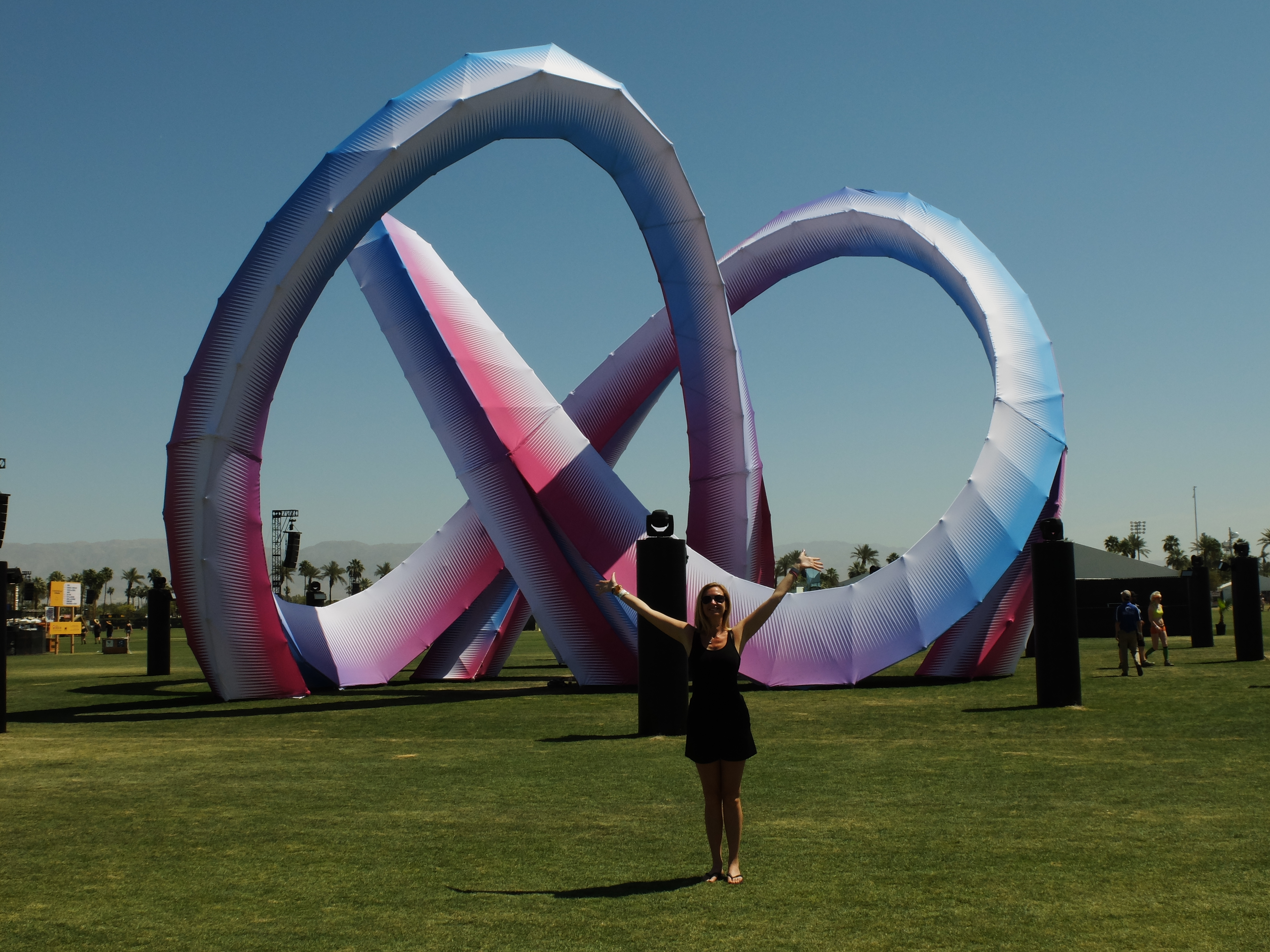 So. Coachella!! WOW, I can honestly say that it was the best weekend I think I’ve ever had. Without a doubt it was super fun, a bit crazy and I’m not sure I could do it all again. Talk about extremes, one minute you have heat exhaustion, then you’re putting on jeans, boots and a scarf with a jacket for the night shows.

I arrived on Tuesday and met Brooke for a lobster lunch where she was working on the pier at Santa Monica. It was a beautiful day (it is California) and we caught up on what we’ve missed. After lunch we met Dee and Ash had margaritas at Cabo Cantina and then went shopping. Probably not the best idea but it wasn’t mine and I didn’t buy anything so I was safe. Needless to say Ash bought a sequined bikini top in Victoria’s Secret and made the sales assistant call her Ashy Gaga …. oh yes, this is going to be fun.

On Wednesday we packed up and met the girls, Dee, Ash and Amy. We headed for the Jucy van pickup centre and were on the road to our motel in Indio. We went to Sizzler for our last big meal then home for a good night’s sleep.

Thursday morning was going to be the shopping day for supplies. The 99 cent store, KMart and the liquor store wore on the list and we had MANY supplies. If you’ve seen Facebook you can see Brooke, Amy and my legs in the back stretched out over the bedding, supplies with a family pack of toilet paper and the 99cent ball which didn’t last long.

We waited at the motel for some of Brooke’s friends she met last year and we were off and racing. It was only about 15 minutes away but the queues to get inside, have security go through everything, have our tickets/wristbands and ID’s checked took FOREVER! But it was fun, everyone plays games in the lines and for a couple of hours you forget that it’s about to get BETTER.

Once we got inside it was actually dark and we set up the best we could. I’m pretty sure we just crashed but it was a really hot night and the morning we woke up early due to it being over 30 degrees C at 8am.

After that it’s all a bit of a blur and I’m glad the girls took LOTS of pictures. We had breakfast, showers, took in the art installations, went on the Coachella Ferris Wheel, saw bands and danced like crazy.

There really is so much to take in at something like this and I was so impressed that they really do think of everything and cater for everyone.

On Friday night I saw Bryan Ferry and The Cult who were fantastic, then met the girls for more dancing. Saturday was the biggest, most fun day and we saw lots of bands (have a look on the website if you like) but I really wanted to see Queens of the Stone Age so the girls came too. We have new lovers of the Queens which is very cool and we danced, air guitared and met a bunch of like minded fun boys from Cronulla …. there were a lot of Aussies there 😉

Sunday I went to see Motorhead which was super cool and Slash made a special appearance. It was pretty awesome and I met a really nice chick who was also there on her own. Nice to know there are a few of us 😉

The days were basically very hot, a few drinking games under the neighbours shade tent but a lot of it was sitting in the camper trying to stay out of the sun. Considering we had five chicks in very close proximity all day every day I really think it just brought us all closer and we had the BEST time. 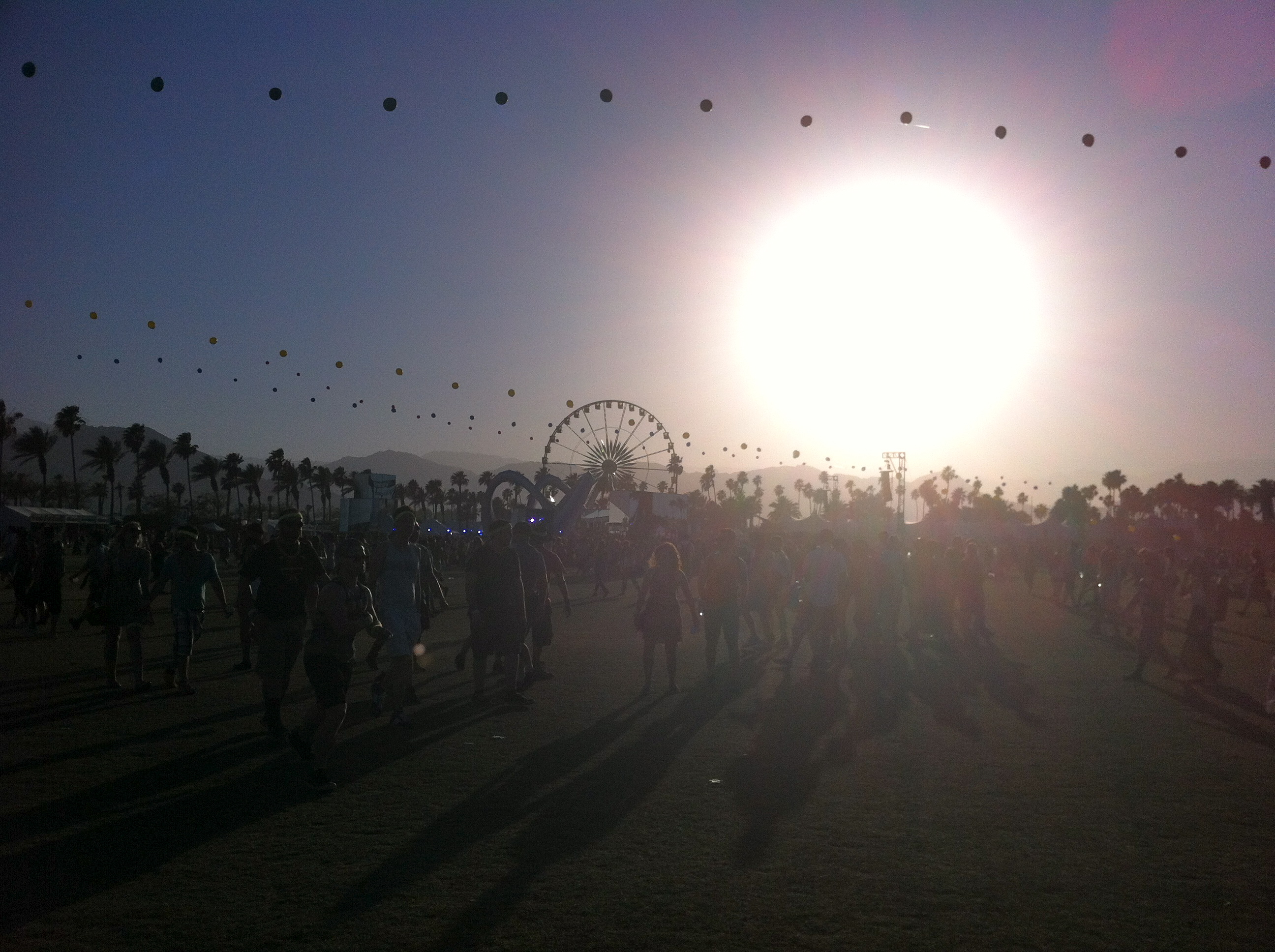 We left on Monday morning and were very impressed that we got it all sorted and together before 9am. Although it was a very long trip home …. burgers at In and Out, drop Amy at her friends RV resort, Ash & Dee back to Rob’s, get gas and drop the camper back to Jucy, a taxi back to Hollywood we were home about 6pm so that was last night.

I can’t believe chapter one is over …. a few days to chill out before we fly to Lima in Peru on Friday!!

P.S. Cath McMahon – I was just in Target earlier and thinking of you … LOVE!